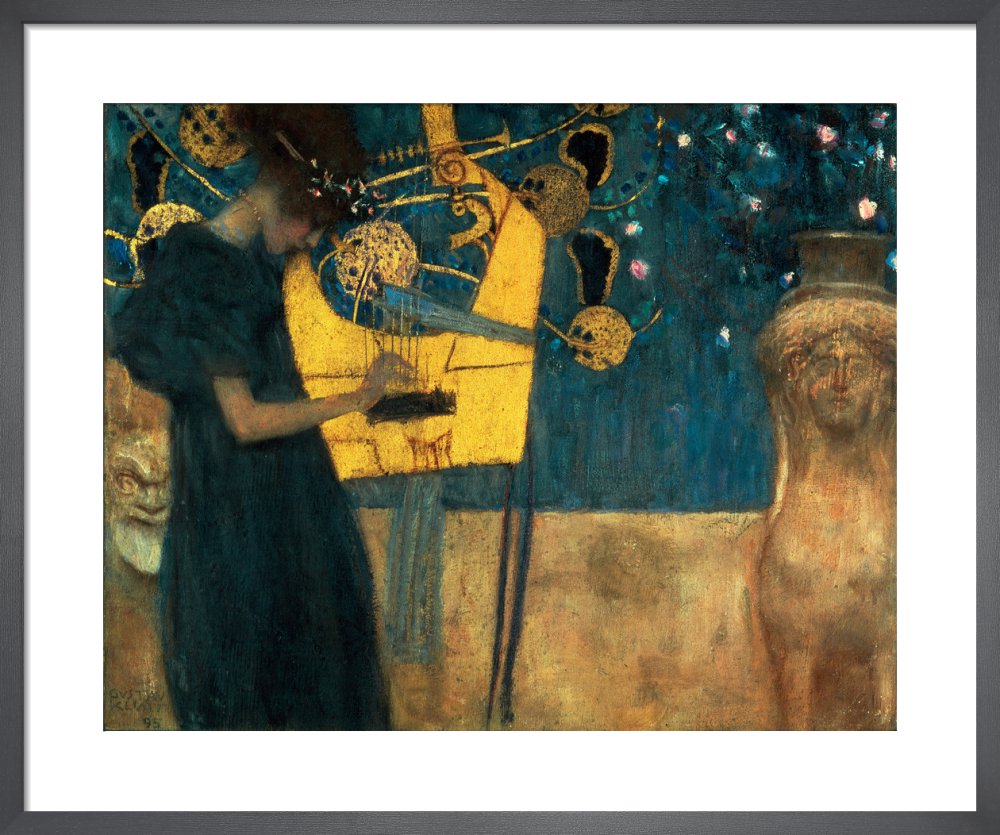 Mozart, Haydn, Gluck, Beethoven, Schubert, Brahms, Strauss, Mahler, Bruckner, Schoenberg – it reads like a roll call of the great and good in classical music – but the amazing thing is that every one of these musical geniuses lived and worked in Vienna.
So just what was it about Vienna? What were the special qualities that enabled it to foster such an unparalleled golden age for music? And whilst we are talking about it, this explosion of genius applied to visual art, architecture, science and politics too, all of which blossomed and developed to an astonishing degree in 19th century Vienna, sowing the seeds of modernism in each of these fields. Why? 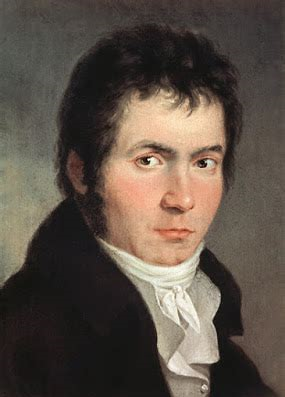 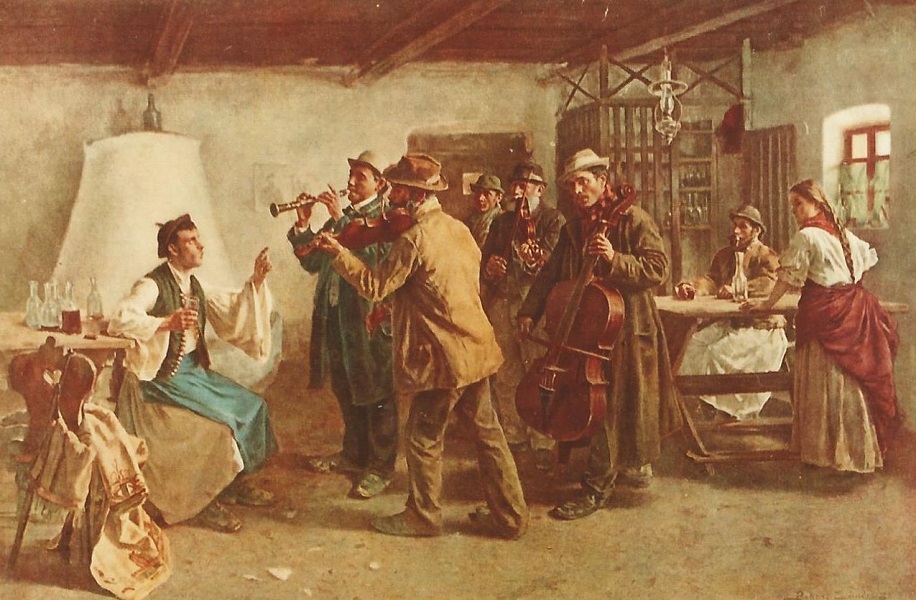 Firstly, and crucially, Vienna was at the heart of the Habsburg Empire. Immigrants flocked there from territories in Hungary, Bohemia, the Balkan states, Italy, as well as the German principalities, the Slavic nations and Greece and Turkey. Vienna even had its own German dialect influenced by the chorus of languages you could hear being spoken.
Mozart, after becoming tired of the restrictions placed on him by his patrons in Salzburg, settled in Vienna and was one of the first to operate as a freelance musician, paving the way after for others to follow. In tandem with Haydn (originally from Rohrau at the Hungarian border) he created what would come to be termed the Viennese Classical style which first flourished under the enlightened rule of Habsburg Empress Maria Theresia. This meant that when Beethoven (born in Bonn) was ready to take on the mantel of Mozart, there was no question about where he should settle – he must conquer Vienna, the capital of music.
The pattern continues with Schubert who, although born in Vienna, came from a family of Moravian (now Czech Republic) immigrants, and with Brahms too, who hailed from Hamburg. Vienna drew in these great composers because they could make their way in this enlightened, music loving and prosperous metropolis. It was an exciting place where, as well as the best in classical music, you could encounter folk music from around Europe: Brahms loved to seek out Hungarian folk groups whose music influenced not just his Hungarian dances, but works such as the Clarinet Quintet. 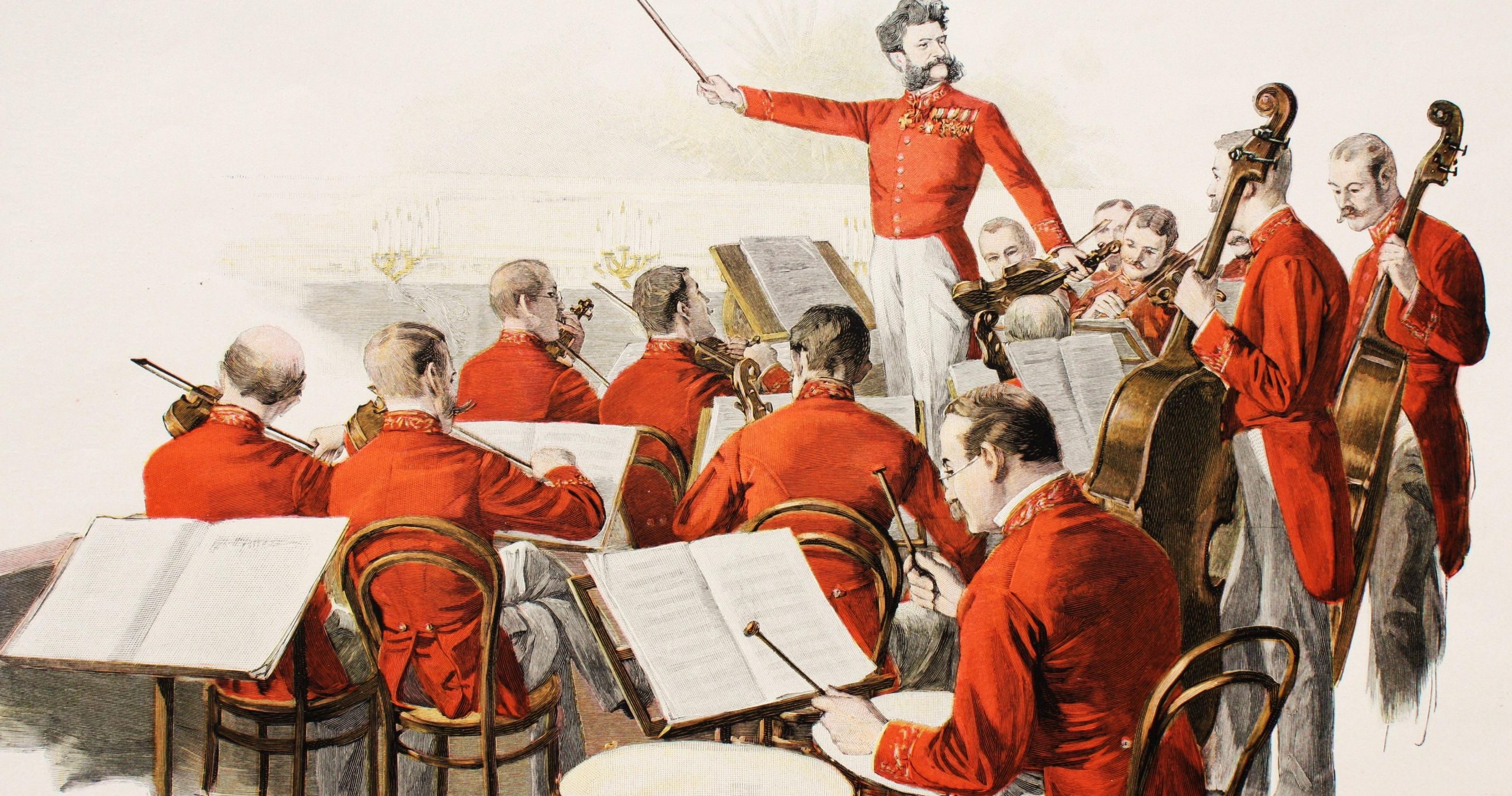 Johann Strauss II and his orchestra

Enlightened aristocrats bankrolled Beethoven when he first arrived in Vienna in 1792 and the ruling elites generally thought music a prestigious commodity, but after invasions of the city by Napoleon in 1805 and 1809, the upper classes became increasingly paranoid; censorship and repression of freedom of speech were the order of the day. Metternich and his spies under Emperor Ferdinand set up a police state in which anyone expressing revolutionary ideas would be punished. Schubert, whose brother was something of a radical free thinker, and who himself belonged to a boisterous drinking group of young men, fell foul of Metternich and his spies, and was held one night in a police cell and beaten up. Beethoven too faced censorship over the plot for his opera, Fidelio, which was deemed to glorify the French revolution.
It was an uneasy balancing act: musicians still needed patronage as well as concert ticket sales to survive, so they were wary of going too far in political activism but, at least, as the famous Viennese playwright, Grillparzer, wrote
“ …musicians are immune to the censors – nobody knows what they are thinking when they compose.”
So, unexpectedly perhaps, music did well in this intolerant climate. A play or a painting will by its very nature overtly make a statement, whereas in the more abstract art of music any political leanings are usually less obviously apparent.
Metternich fled Vienna following the Vienna Uprising in 1848 and Emperor Franz Joseph came to power, but nevertheless, the Strauss family were still facing this juggling act years later: Strauss senior’s Radetzky March, celebrating Field Marshall Radetzky and his victories over the rebellious Italians went down very well with the authorities, whereas Strauss junior’s Revolution March caused the younger Strauss temporarily to be blacklisted. However Kaiserwalzer, by Strauss Junior, written in 1889 for a meeting between Austrian Emperor Franz Joseph and Kaiser Wilhelm II of Germany, would have met with approbation.
Despite misgivings about freedom of thought, it suited the imperial authorities to uphold their well known tradition of patronising music: at the Congress of Vienna in 1814-1815, when delegates from all over the world came to decide the future of Europe post Napoleon, there was so much music and dancing that the Tsar of Russia almost had a heart attack and the French Prince de Ligne remarked, “the congress dances but it doesn’t progress”.

The years between Napoleonic threat receding with the Battle of Waterloo and the uprising of the ordinary Viennese people in 1848 are often called the Biedermeier period, and are characterized by a burgeoning and increasingly prosperous Middle Class and their culture. Music and art fit for middle class drawing rooms and salons flourished. Small scale but exquisite, it explored a more personal, emotional world than Classical art. Schubert typified the Biedermeier style in music, and small gatherings where his chamber music is played, called Schubertiade, still take place today. 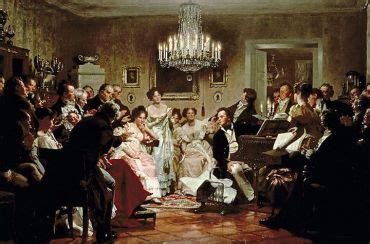 Later in the century, Brahms, too appreciated the middle class audiences of Vienna who were educated to appreciate his music on a high level. Emperor Franz would be one of the longest serving monarchs in European history but in the latter part of his reign he was losing hold over his empire and his absolutist monarchy seemed out of touch. Some progressive policies were put in place to help the very poor with housing and education but the middle classes felt ignored and, chafing against their lack of agency and powerlessness, sought refuge in music and became obsessed by the arts in general. Once again failings of state worked in music’s favour, but this was a state of affairs which Brahms predicted could not ultimately end well.

Biedermeier (in Viennese “cosy” but also “stuffy”) implies culture going on in privacy behind closed doors, but another important venue for cultural and political exchange in Vienna was the coffee house. Viennese, who typically lived in fairly 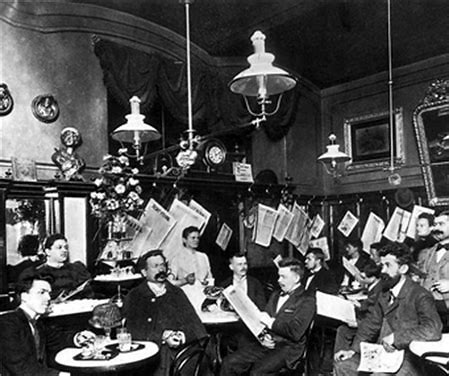 cramped quarters, would extend their homes by making use of their local coffee house to socialize and take refreshment. With its red plush seats, chandeliers and newspapers ready to read, the typical Viennese Coffee House became famous over the world and it certainly played its part in advances made in the world of ideas. Schubert liked meeting with fellow artists in taverns and cafés. Brahms was influenced by the folk music such as the Ländler to be heard in local coffee houses (but he liked his coffee so strong that not many places could make it to his taste). His protégé, the composer Zemlinsky, was described by Alma Mahler, not entirely flatteringly, as always having the “Coffee House smell on him”, and the important literary group Jung Wien (including members Hugo von Hofmannsthal, Karl Kraus and Arthur Schnitzler) always held its meetings in Vienna’s cafés.

ALPINE SCENERY
Vienna’s unique setting plays a part in its inspiration for artists. Surrounded by hills and bejeweled with parks, its natural position captivated artists, particularly once Romanticism took hold and nature was thought to reflect the human soul. Whether in Klimt’s paintings of trees or Beethoven’ Pastoral Symphony written in Heiligenstadt on the banks of the Danube, the creator’s proximity to nature was vitally important. Schubert’s lieder are inconceivable without their Alpine backdrop, abounding as they are with allusions to nature, from the babbling brook in Das Forellen to Spring in the mountains in Der Hirt auf dem Feslen. The phrase “Brucknerian splendour” sums up the majesty and beauty of the Austrian scenery captured so uncannily by Bruckner’s symphonies. Bruckner’s rival, Brahms, also loved the countryside, taking long walks every single day; for Brahms, composing and walking were synonymous. Vienna’s most famous landmark, even today, is not a building but the beautiful blue Danube immortalized in the waltz by Strauss. 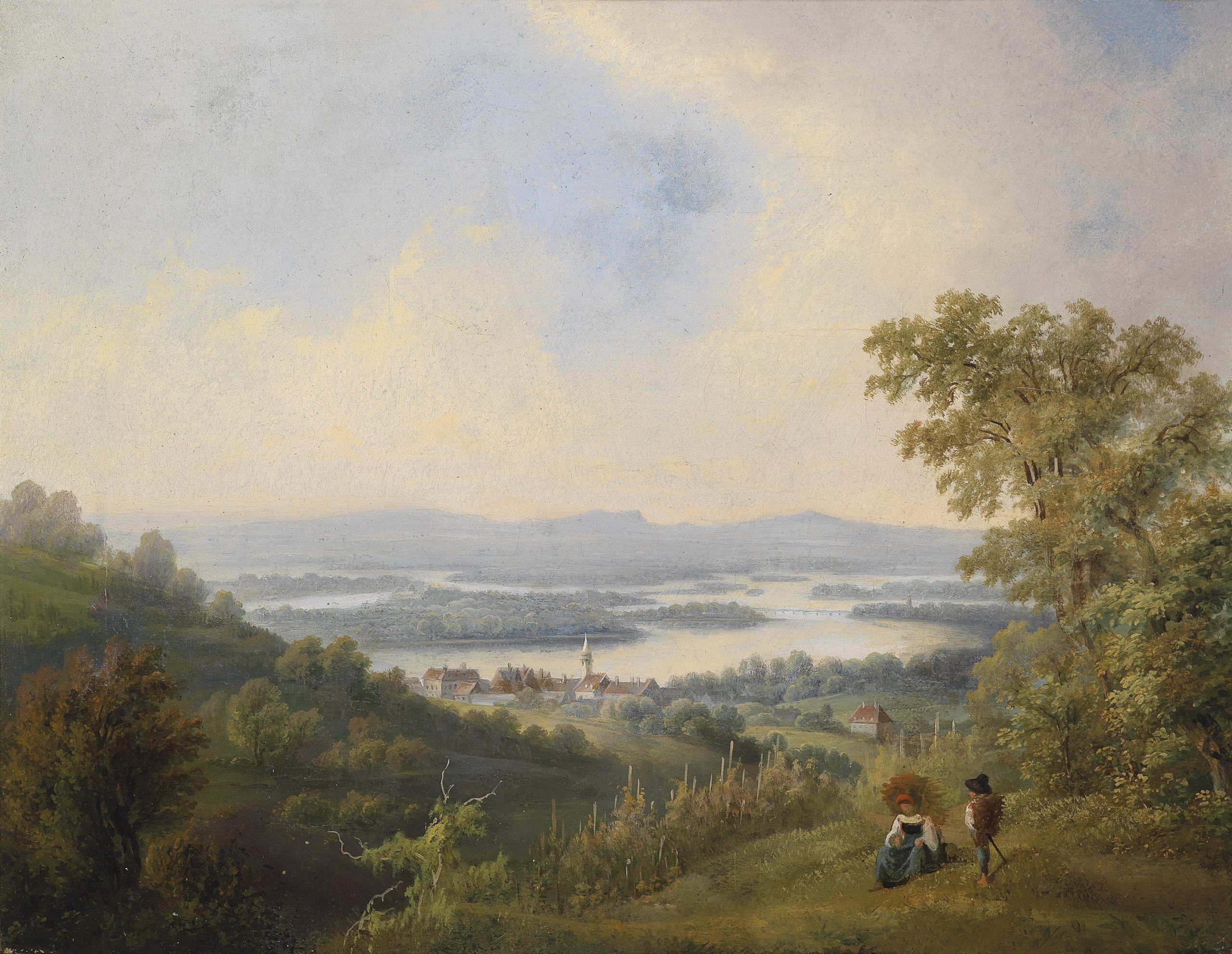 BUILDING ON THE PAST

Perhaps the main reason that Brahms felt so at home in Vienna is that in the 19th century it was a city which cherished and revered its past but also looked to the new; in many ways the living embodiment of Brahms’ own musical ideals. Vienna’s Ringstrasse development of the 1860s was a bold plan which involved dismantling the old city walls to build a grand boulevard encircling and protecting the historic inner city.

It incorporates buildings in Gothic, Rennaissance and Classical style and yet was an apposite gesture of prestige for a prosperous 19th century metropolis wanting to make a statement. Influential architect, Otto Wagner, would develop his ideas in this fast developing milieu, founding the Art Nouveau movement, which in turn gave way to the uncompromising modernist ideas of Adolf Loos.
Sigmund Freud was working in Viennese hospitals with the best doctors of medicine to be found anywhere in the world when he came up with his proposal of psychoanalysis – an astonishingly original and game changing concept at the time. Freud was a great fan of the Ringstrasse and he was fascinated by the interplay between past and present and how past experience acts on current behaviours; forgotten childhood experiences can impact on adult actions. Similarly, fellow Viennese quantum physicist, Schrodinger, would later explore interactions between past and future events. 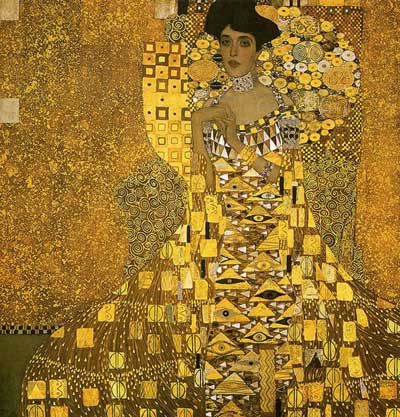 There is a similar sense of building on the past in the visual arts as they progress from the Romantic Austrian painters in the traditional (some might say chocolate box)  German style to the striking originality of Gustav Klimt and then the uncompromising Expressionism and inner angst of Egon Schiele.

In music, Vienna would go on to foster Mahler and his unprecedentedly passionate symphonies and, when tonality seemed to have developed as far as it could, Schoenberg, who took the traditions everyone knew so well and tried to reinvent them with atonalism and serialism.

RESIGNATION and REFLECTION
“The noblest of all emotions is resignation” Nestroy (Viennese playwright.)
A fundamental tenet of Viennese culture at the time was that if you can’t do anything about something, it is not worth worrying about. There was a tendency at the end of the 19th century for the Viennese to bury their heads in the sand. Anti-semitism was on the rise, different ethnic groups were clamouring for their voices to be heard, there were demonstrations arguing for the supremacy of German speaking peoples (which were attended by a poor and unsuccessful Austrian artist named Adolf Hitler). 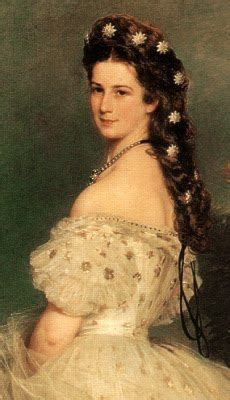 Imperial governance was increasingly out of touch, unassailable and bankrupted by its failure to hold on to European dominance. With riots on the streets, the emperor tried to hold together the imploding structures of the multi-national state but discontent could not be swept under the carpet indefinitely. He himself had been knifed in public in 1853 and his beautiful wife, Sissi, the Princess Diana of her time, was killed by a terrorist in 1898. Underneath the foundations of this ostensibly liberal and progressive society, there were people living in squalor and in degradation (There were 50,000 prostitutes to serve a population of 1.7 million inhabitants which gives an idea of the plight of many of the working class women in Vienna). Things were ineluctably heading to a point where, to use the words of Irish poet, Yeats, “the centre cannot hold”.
The angst and soul searching of this Fin de Siècle period spawned the great, challenging, original ideas of Mahler, Klimt and Freud but the Viennese method of escaping reality through “wine women and song” masked despair at the core of society. In 1914 the heir apparent to the Austro-Hungarian throne, Archduke Franz Ferdinand was assassinated and, to quote Milton’s Paradise Lost, “Earth felt the wound”. Events led inexorably to the First World War – Vienna’s golden age was over. 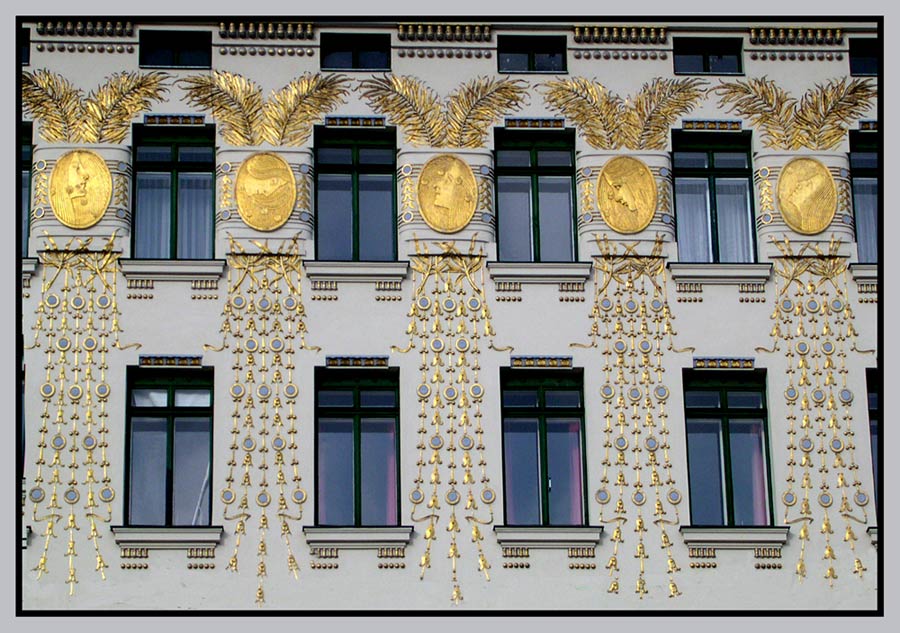