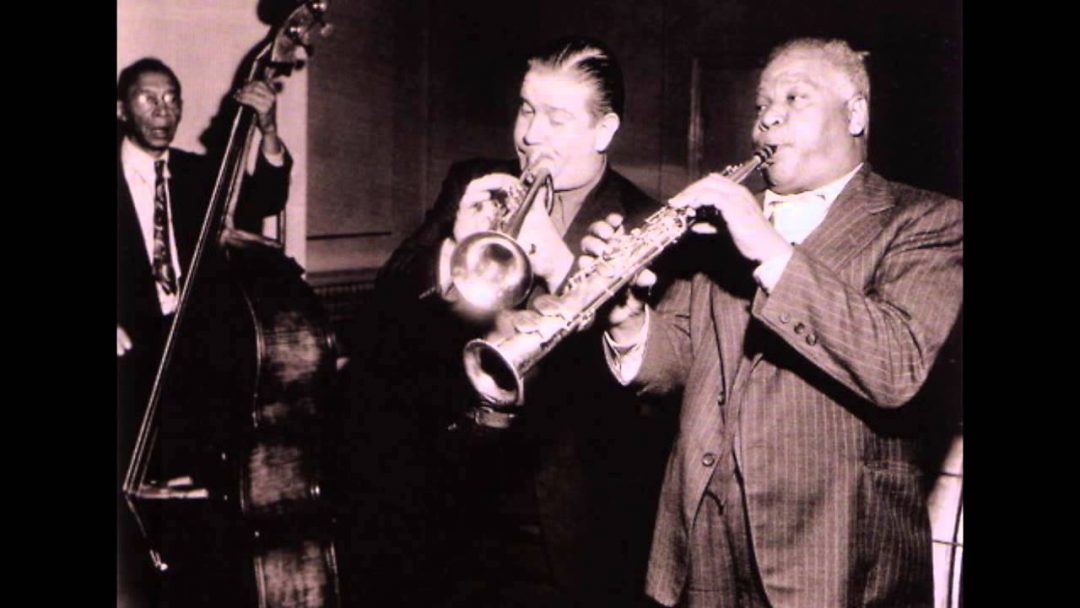 New Orleans is usually identified as the birthplace of jazz. It was a melting pot where not only were the musical rituals of the slave community tolerated and enjoyed by black and white communities alike, but also musical influences from all over the world were imported into its busy port. New Orleans was uniquely placed to act as a Creole crucible where multifarious musical traditions could react with each other eventually evolving into jazz.

Clarinettist Sidney Bechet sites Emancipation as the flash point, the beginning of the evolution. Suddenly you had black musicians celebrating and improvising on the streets with a new sense of liberation. At first, whilst the European classical music would be heard in front parlours and concert halls, African American music remained workers’ music, played on the streets and in dance joints. There was some disapproval when in the 1890’s the Czech composer, Antonin Dvorak, enticed to New York to instigate an American style of composition, included Native Indian and African harmonies in concert works such as the New World Symphony.

Gradually however the European and African traditions began to mix, often at social occasions such as funerals. Legendary trumpeter, Louis Armstrong (born 1901) came from the poorest of New Orleans backgrounds and would supplement his meagre income from his day job shovelling coal, by playing his cornet at funerals. His band would play a straight march as the funeral cortège processed into the church and, as soon as the coffin was laid in its grave, they would swing the rhythm for the dancing afterwards.

Another arena for cross fertilisation was the cakewalk, a dancing competition held in the black community where the winning couple was awarded a cake – a kind of Strictly Come Dancing of its day. On these occasions the slaves mimicked and played around with minuets and formal dances they had heard at their masters’ balls. They “ragged them up”, poking fun at white people’s music and customs as Debussy slyly implies in the exaggerated accents of his Cakewalk of 1908.
Scott Joplin died a pauper, and it took until the 1970’s for his importance to be recognised, but his Ragtime compositions contributed hugely to the blurring of musical boundaries. An African American from Texas, Joplin had a classical training and therefore played classical rhythms with an African sensibility. Hits such as The Entertainer (1902), and Maple Leaf Rag (1899) brought the African, syncopated rhythms so characteristic of jazz into households throughout America.
Hispanic dance played a part in the story too. Migrant workers arriving in New Orleans from Mexico and South America popularised the Habanera, Tango and Conga, all of which are based on variants of the Tresillo rhythm. Jelly Roll Morton, one of earliest practitioners of jazz, called this rhythmic element the “Spanish Tinge” without which music could not qualify as jazz.

For the harmonic narrative we need to look to vocal traditions amongst the African slave community, particularly the call and response patterns they used to keep them going at their strenuous work in the plantations. Many of the so called blue notes in jazz harmony come from pentatonic and modal scales originally from the African homeland. African Americans were encouraged to attend Christian churches and gradually with exposure to European chordal structure, their harmonies evolved to form the set chord progression of the blues. Nobody better understood the emotional truth of the blues than clarinettist, Sidney Bechet. He talks of black vocal music expressing “a crying inside itself”. Bechet’s hit single Petite Fleur expresses this sense of homesickness for Africa.

As jazz became more popular, practitioners such as “King” Joe Oliver, Jelly Roll Morton and Louis Armstrong would travel north to new audiences in Chicago and New York. It wasn’t long before different styles of jazz took off under different cultural backdrops – for example the Jewish Klezmer influence was particularly strong in the work of Benny Goodman and Artie Shaw. You also find quotes from European folk tradition in standards like the St James Infirmary Blues and even shades of the Middle East in a song like Sheik of Araby.

Surely jazz must be the most global language, inclusive of both race and class, on the planet!