Does Birdsong Have the Same Origins as our Music?

It’s always a privilege to work towards a performance of Messiaen’s Quartet for the End of Time, as I currently am for the Petworth Festival. The 3rd movement of this epic work, Abîme des Oiseaux (Abyss of the Birds), is a meditation for solo clarinet on the desolation wrought by the Apocalypse, interspersed with imitations of birdsong played ensoleillé, sunnily, like musical flashes of hope.

Like Messiaen, I find birdsong hopeful, life-affirming; a place devoid of bird song is never a healthy place. The French composer’s obsession with birdsong was such that throughout his life he travelled, sometimes sleeping rough, transcribing birds’ calls into musical notation, and the fruits of his research permeate his music. Messiaen isn’t alone in taking inspiration from birdsong: examples abound from Le Rappel des Oiseaux by Rameau, to Blackbird by Lennon and McCartney. 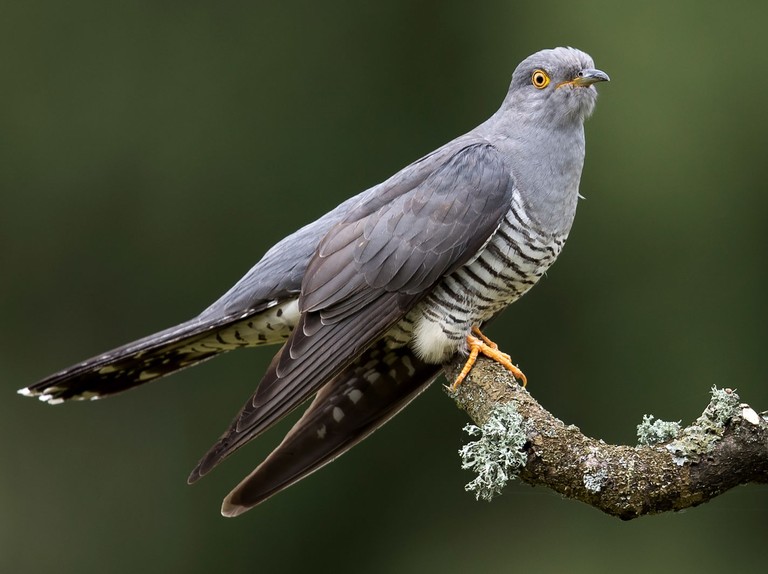 In particular the cuckoo’s famous two note call lends itself to musical notation- it’s a falling major third- and it can be heard in works as diverse as Beethoven’s Pastoral and Mahler’s 1st Symphonies. The nightingale and the lark, both virtuoso songsters, have also inspired many composers from Stravinsky (Le Rossignol) to Vaughan Williams, whose poetic evocation of the sky lark’s inventive, liquid-silver song, The lark Ascending, is one of the most popular classical pieces of all time. 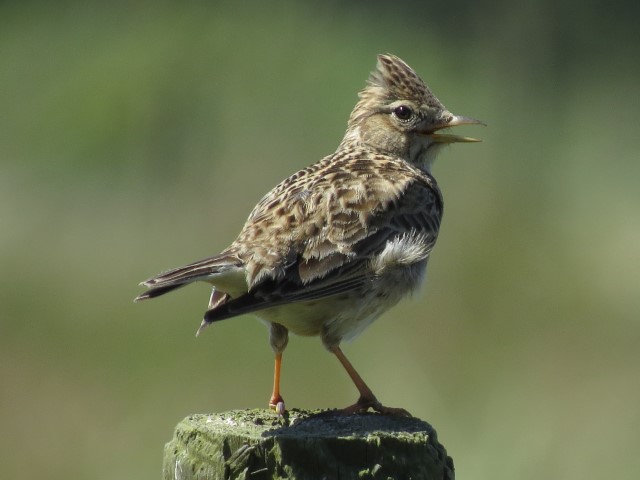 One of my favourite mixes of birds and music appears in Respighi’s Pines of Rome, in which a recording of birdsong plays in sync with the orchestra to create a sensuous marriage of instrumental and actual birdsong. Listening to Respighi, I can’t help but wonder just how close our music really is to avian music? Why do birds and humans, almost uniquely in the animal kingdom (along with whales and dolphins), have the capacity to sing?

There are many reasons why birds sing, but the main one seems to be the male desire to attract a mate – to get laid in fact (if you’ll pardon the pun…). Research shows that when a creature is at the top of the food chain and can easily escape predators, by flying away for example, it can develop song. “Vocal learning is selected against by predators making it rare – but it’s selected for in sexual selection.” (Erich Jarvis, Georgetown University in The Genius of Birds)

The more consistent the male bird’s song, the more it is admired by females, as it suggests a degree of control and skill 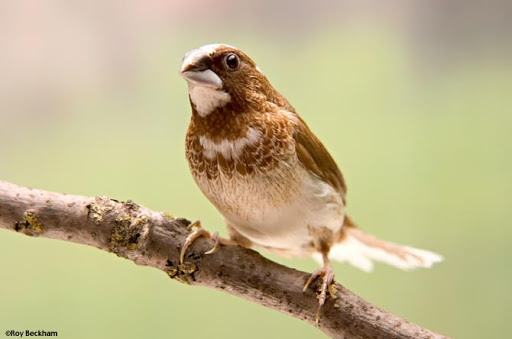 on the part of the singer. Kazuo Okanuyo at Tokyo University found that Bengalese Finches kept in captivity develop a more complex song than their wild relatives. Females prefer the most complex songs and linking singing ability with prowess as a mate is logical as it turns out, because the same areas in a bird’s brain are involved with singing and with motion. A good singer will most likely be fit too! A similar link exists in human brains, underlining music’s relationship with dance movements as well.

You might assume that we should be looking to our closest relatives, the chimpanzees, for clues about our musicality but it is thought that because, unlike other primates, we evolved an upright stance which elongated the neck and larynx, we uniquely were able to learn to sing. Our bipedal stance also facilitated the ability to dance, along with a greater sense of natural rhythm. Professor John Sloboda has said that “music is the embodiment of the physical world in motion”. In other words, music can be viewed as a creative expression of the rhythm that our own bodies produce.

Singing to find a mate, as witnessed in birds, has certain resonances with human behaviour – over 60% of pop songs in any given era are about love – but I’m not convinced this is the key reason for human music. 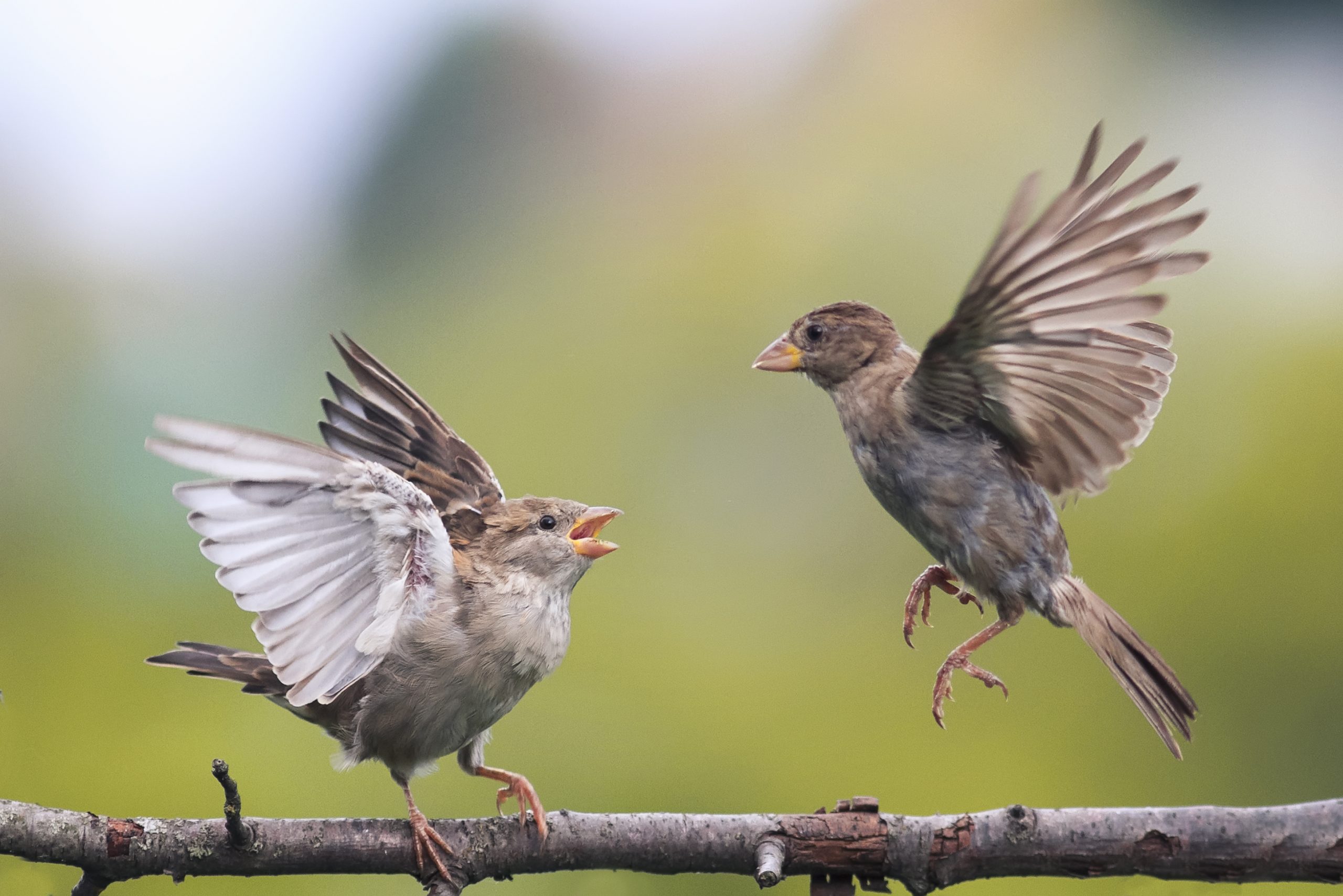 If you listen carefully in Spring when birds are fledging you may notice that some young birds only sing an incomplete version of their song because they haven’t yet mastered the whole thing. Adult birds teach songs to their chicks in the same way that we pass on language to the next generation; young birds gradually practice and perfect imitations of their parents, prodded by visual cues from the mother bird.

“So many aspects of human speech acquisition are similar to the way songbirds acquire their songs. In the great apes there’s no equivalent at all” (Johan Bolhuis in The Genius of Birds). In the same way that our own music tuition is best started at a young age, especially if perfect pitch is to be acquired, so there seems to be a period of opportunity to teach a bird when it is young.

Before humankind invented writing, singing to children was the best way to pass on knowledge because it is an effective way to make things memorable. The scientist Dr Daniel Levitin points out “Hebrews did the same thing. They memorized the Torah in chant and song before they were able to write it down 1000 years later.”

Similarly, birds pass on songs and information. The poet, Keats, in Ode to a Nightingale, muses on enjoying the same birdsong as previous generations:

“The voice I hear this passing night was heard 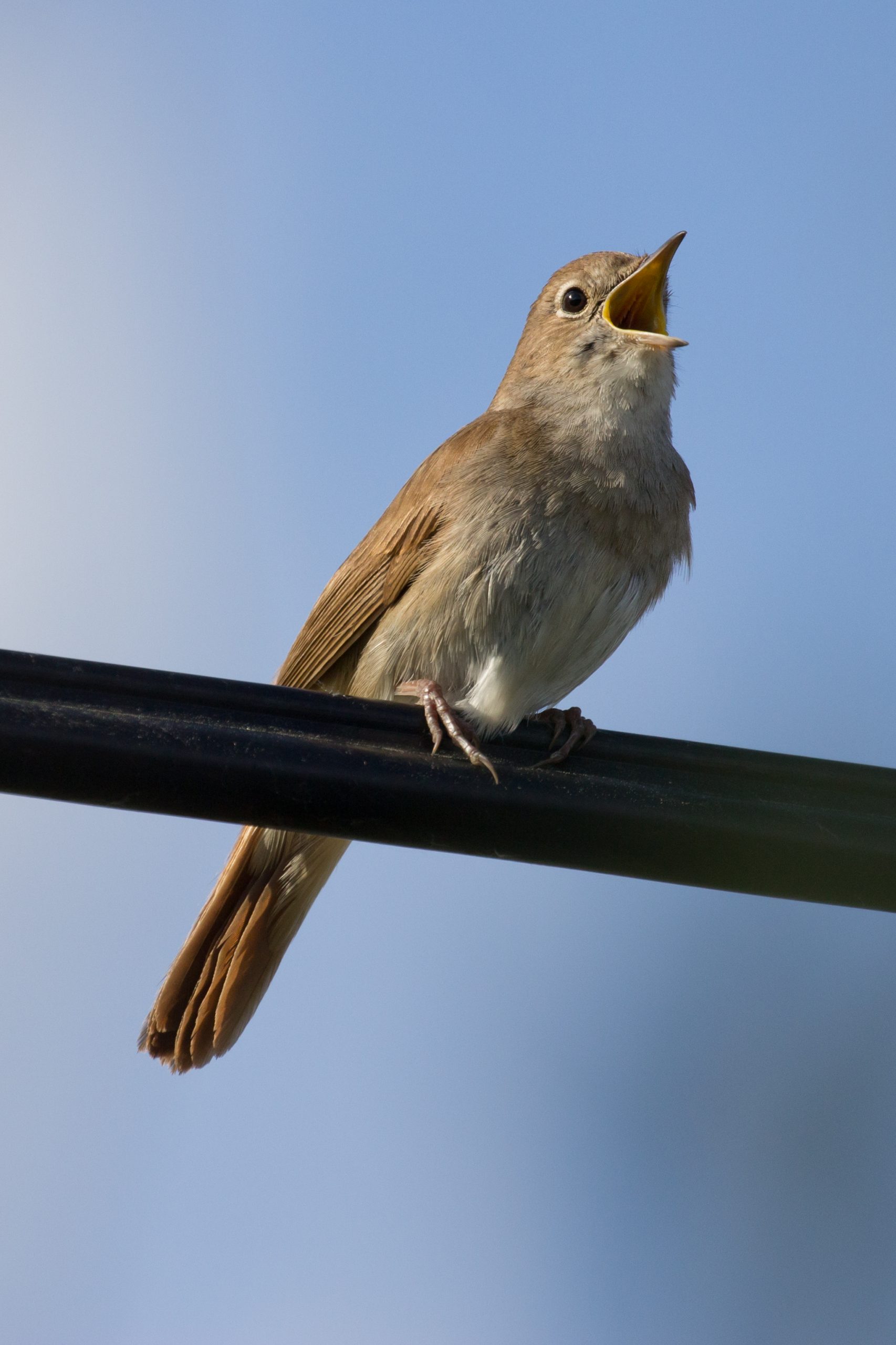 In ancient days by emperor and clown”

Ted Hughes expresses the same thought in his sequence of poems “Crow” and indeed there are remarkable stories of crows passing information down through generations. However, just as human language evolves over time, we now know that birdsong does gradually change. It also can acquire regional dialects and adapt itself to be heard at optimum strength by utilising sound frequencies unused by other local wildlife, or even in the case of starlings and parrots, by the mimicry of nearby alarms or machinery.

Although in temperate regions it tends to be mostly male birds who sing, there are exceptions, such as the female robin who sings to mark her territory. Her music is a sign of aggression. In wooded areas it can seem as if the trees are singing as the birds keep hidden on their perches, their identity bound up with their song rather than their appearance. A bird’s song is its calling card, quite literally.

Although people’s voices have unique timbres, voice quality is not generally considered a crucial part of human i.d.. In the bird world however, there are myriad examples of identifying calls: the tawny owl’s eerie hoot, the cuckoo’s calling of its own name in early summer, https://youtu.be/FcV-MWm3tBw , the bittern’s boom as it skulks in the reeds. One of the most astonishing “songs” is the greater spotted woodpecker’s frenetic drum roll on wood, which is not necessarily to do with drilling a nest hole but more about broadcasting its presence to potential mates. 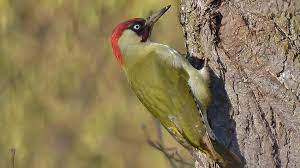 You can never quite spot the green woodpecker in the trees either, but his dramatic semitone descending scale, like a phrase out of the Sacrificial Dance from Stravinsky’s Rite of Spring, is unmistakable.   https://youtu.be/gOzE5ZSgzqw

Birds also sing to warn of predators: I shall never forget the sound of a wren singing out in alarm after a sparrowhawk swooped to kill a blackbird in my garden. The tiny wren let fly a warning song of incredible force and intensity which lasted for a good hour or more, alerting all birds in the neighbourhood to the attack.

Sometimes though, as was pointed out by Charles Darwin, birds sing just because it feels good, their song is “An ecstasy to music turn’d” (George Meredith, The Lark Ascending). A song thrush improvising from on high, is like a skilful jazz musician who repeats and embellishes the motifs flowing out of him, almost drunk on his own virtuosity. No surprise that scientists have discovered increased levels of dopamine and opiates in birds’ brains when they sing!

And this is where our experience of music really overlaps with birds’. We may not rely on music for identity, territorial boundaries, or warning signals, but we do depend on music for its feel-good factor. Dr Daniel Levitin argues in his book, This Is Your Brain On Music, that our ancestors would have needed music because of its unique ability to stimulate the pleasure and reward centres in our brains, creating feelings of positivity and solidarity amongst a tribe and thus promoting social cohesion. The writer, Sam Woolfe, makes this point: “perhaps music is adaptive for the simple reason that it uplifts our mood, and that this increase in well-being is more conducive to survival and reproduction.”

Scientists at the University of Ontario looked at music’s unique ability to mould the feelings of a large group of people, making them into a coordinated group when they hear ritualised drumming or anthemic songs, and found that people who responded most to the music were those who had the greatest desire to be part of an “in” group. It would seem that music emerged in humans as part of a communicative ability. The scientist, Rousseau, even states “the first language of the human race was song and many good musical people have hence imagined that man may well have learned song from the birds”.

In conclusion, although avian song and human music exhibit the many similarities explored here, their main purposes differ fundamentally, an example of convergence; i.e. nature came up with the same solution separately twice.  Birds primarily sing to attract a mate but in humankind music is more about bonding and social cohesion. Even when we listen to a recording in isolation, we benefit from feeling a sense of connection with its creator. Certainly the recent pandemic has underlined the extent to which music brings people together – an unfortunate quality when viruses are about….

To end, I’d like to share with you a video I made in my garden during lockdown of Somewhere Over the Rainbow. No people listening but plenty of encouragement from my feathered friends!