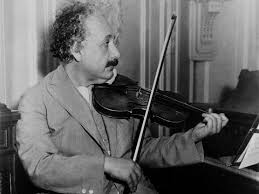 When Albert Einstein died, scientists looked inside his brain expecting to find abnormal numbers of neurons but were perplexed to find instead that it contained a greater than normal amount of white, fatty material. At the time this was considered insignificant, merely incidental to the physicist’s great intelligence. Now however, we understand that what Einstein’s brain exhibited in abundance, was an ability to produce myelin.

So what is myelin and what does it do? 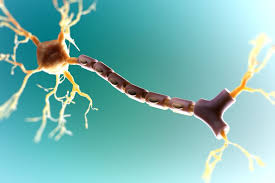 Anyone who has ever practised a musical instrument will recognise the process of repeating over and over a difficult phrase or technical point until eventually it becomes effortless. A tricky passage you thought you would never be able to play can, with repetition, gradually become manageable. Well, this process illustrates myelin production in action. During practice sessions the brain fires neurons, sending electrical messages through your nervous system to make certain actions take place such as pressing down a key. At first the process happens only with effort and is relatively slow but as you repeat and repeat the same actions the requisite neural pathways in the brain fire more quickly. Finally, after enough repetition, these neural connections become wrapped in a protective substance produced by the brain: myelin. A coating of myelin means these connections are in effect hardwired into the brain so that in future similar messages will travel through more easily. And the more a pattern of instructions has been repeated, the more the brain produces myelin to hard wire that pattern.

A basic understanding of this process helps to achieve really productive practice. For example, if you spend your practice sessions playing around in an unfocused way and muddling through long pieces from beginning to end, you actually take longer to learn a musical work than if you break it down into small manageable chunks. Small chunks can be repeated to create those hard wired circuits in the brain. If you play long passages, the chances are you won’t have time to repeat them enough, whereas short chunks can be repeated with concentration and really become imprinted onto the mind. 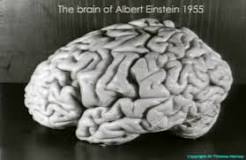 Starting slow and building up speed is also a sensible method of tackling a really difficult passage because it tallies with the way the brain is building up the ability to perform the task in hand, its neurons gradually getting used to firing electrical pulses in the correct pattern. Slow is good at the start too because you are less likely to make mistakes as you practise. Errors in your playing need to be eradicated mercilessly – the last thing you need is for mistakes to be hardwired into your brain to resurface every time you play!

Interestingly most myelin production occurs at night so “sleeping on it” may actually be helpful advice. Short bursts of practice undertaken regularly will yield better results than one massive session just before your performance because with the little and often method, the brain has the intervening nights to work on protecting those neural circuits and making them permanent.

Surgeons say that they can’t differentiate by sight between many types of brains but that the brains of musicians are distinctive because they tend to show more myelin coated neural links between different areas. Only now are we realising that these links can bring all sorts of benefits unrelated to music such as greater cognitive resilience in old age.

Good news therefore for musicians: practising music makes you, if not quite the next Einstein, at least mentally healthier!