Emma Johnson is one of the few clarinettists to have established a career as a solo performer. Emma grew up in London and her career was launched when at the age of 17 she won BBC Young Musician of the Year followed by the Young Concert Artists Auditions in New York. She studied Music and English at Cambridge University before embarking on music full time and since then she has performed all over the world.

Johnson has made 30 recordings to date; tracks from her recent album with the BBC Concert Orchestra, English Fantasy, have been streamed 3 million times on Spotify. Voyage and The Mozart Album on the Universal label were also classical chart-topping successes and Johnson’s CD of Brahms sonatas with John Lenehan was described as “definitive” in The Observer, whilst her recording of Stanford and Finzi Concertos was nominated for a Gramophone Award.

Emma Johnson is also a composer; books of her arrangements and compositions have been published by Chesters and Fabers. Songs of Celebration, Johnson’s composition for clarinet and choir, has recently been performed in Dublin, London and Tokyo and her new clarinet concerto Tree of Life, will be premiered in 2022. A series of new solo clarinet pieces has been published by Queen’s Temple Publishing.

In 2020 Emma Johnson was awarded the Cobbett Medal for distinguished services to chamber music from the Musicians’ Company Guild in the City of London. She loves to collaborate with other musicians and also directs her own ensemble, Emma Johnson and Friends, whose recent live recording of the Schubert Octet was critically acclaimed.
Working with artists as diverse as Sir Yehudi Menuhin and Dame Cleo Laine, Emma is known for her eclectic programming; amongst the programmes she offers are Tales of Vienna and Clarinet Goes to Town.

Emma Johnson’s TV appearances range from a recital for Sky Arts TV to gala concerts including a recent televised Prom. Emma featured in the Channel 4 documentary about the jazz musician, the late Sir John Dankworth and she played the popular hit theme for The Victorian Kitchen Garden on BBC TV (winning a Novello Award). Videos of her performances and masterclasses can be seen on her YouTube channel. Her radio work includes Artist of the Week for both BBC Radio 3 and Classic FM as well as for radio stations around the world and she has been a featured guest on programmes such as Woman’s Hour and World at One. Her broadcasts about the composer Finzi and the poet Milton were both chosen as Pick of the Week and she is often invited to give talks, including recently Comedy Classical, an exploration of humour in music, for The Arts Society.

Emma has given masterclasses throughout the world and was a professor at the Royal College of Music, London. She also devised a project with composer, Jonathan Dove involving UK school children recreating the story of The Pied Piper. Emma has appeared as soloist with many of the world’s leading orchestras in repertoire which includes all the major clarinet works as well as pieces written especially for her by Sir John Dankworth, Will Todd, Patrick Hawes, Matthew Taylor and Sir Michael Berkeley amongst others.

Emma was the first woman to be made an Honorary Fellow of Pembroke College, Cambridge and in 2017 the college commissioned a portrait of her.
She enjoys running and has run half marathons to raise funds for Unicef. She is a patron of ClicSargent, and Ronald Mcdonald House Charities. She was honoured by the Queen with an M.B.E. in 1996.
Emma plays an instrument made by the English clarinet maker, Peter Eaton.

“Emma Johnson has realised what lies at the heart of music making when it is at its best: she does not just perform but uses the music to communicate something wonderful.” 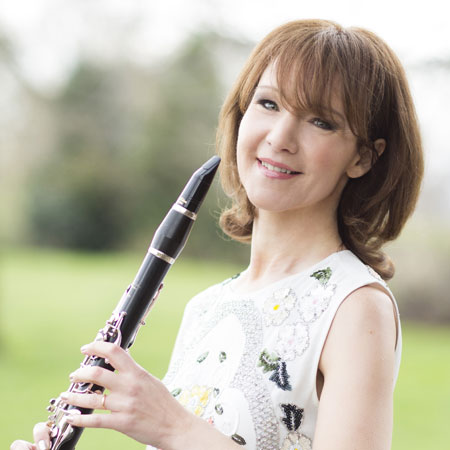 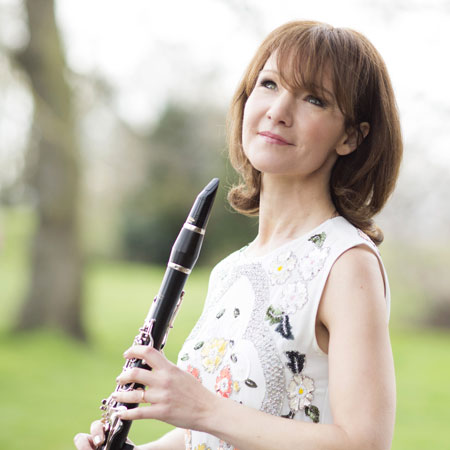 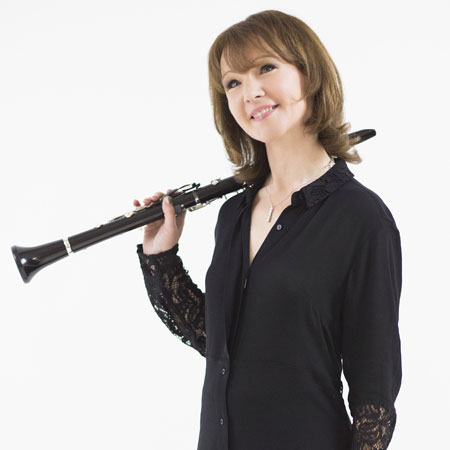 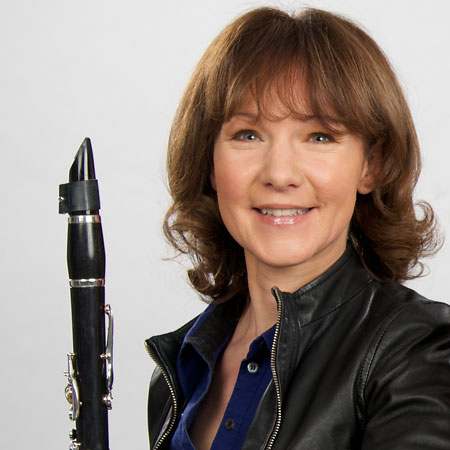 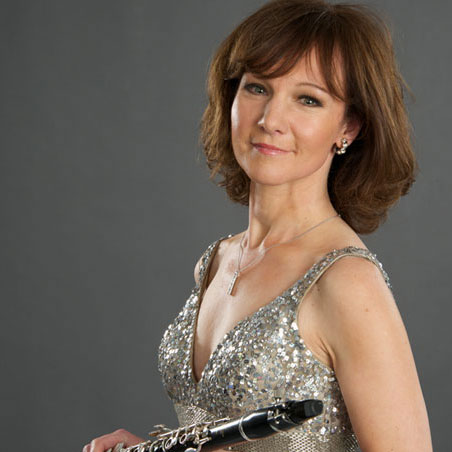