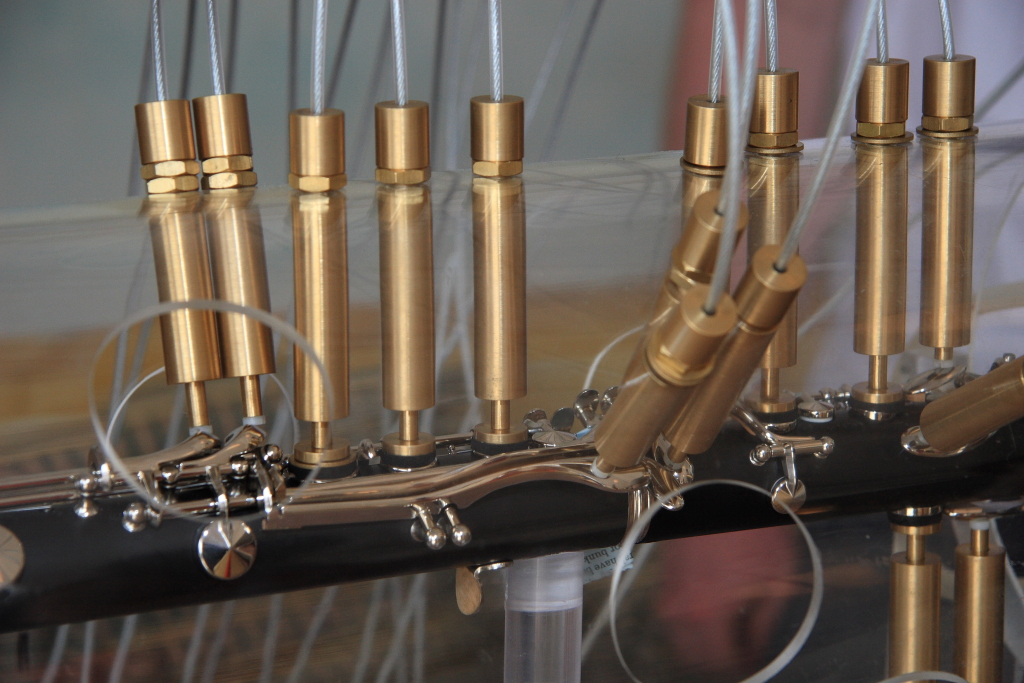 For years scientists have been predicting that computers will eventually take over all the work in the world. Visions have been painted of humans in the future putting their feet up, their every need attended to by robots, leaving humankind free to pursue hobbies and the high life.

So far this utopia, or dystopia, depending on your point of view, has yet to materialise as computers have, if anything, increased the pace of modern life. The average British working week has fallen by just 30 minutes in the last 25 years (from 38.2 to 37.5) according to the National Office of Statistics but this doesn’t  take into account the time outside work we now spend checking messages and being generally on call. Sometimes automation in one area makes more work in another:  ATMs, contrary to expectations, created more jobs than they destroyed in the banking industry – employee numbers have doubled since the 70’s – as staff are now freed up to act as financial advisors and salespeople. Real breakthroughs in artificial intelligence that might turn us all into members of the leisured classes still seem a fair way off it.

There are signs however: where I live in Greenwich, they have been tria 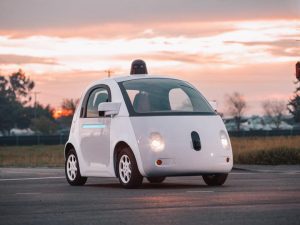 lling driverless cars and you also sometimes see remote controlled boxes trundling along the pavement delivering orders. On tour in Japan recently I was greeted at a hotel by a fairly convincing robot and if you go to McDonald’s you don’t need to speak to a server to get your order, you interact with a screen.

Importantly, though, a real live member of the human race still needs to be present in the burger bar to smile at you, pick the food up and hand it to you. Amazon too uses computers to process its orders but the retrieval and wrapping of its myriad goods still is best done by people. We still beat computers hands down in tasks involving manual dexterity and communication but where complex calculations and manipulation of data are concerned, computers have the advantage. IBM’s Watson computer is already used by oncology clinics because it can absorb and analyse vast amounts of data that no human could. Its success rate for diagnosis of lung cancer patients was 90% compared with 50% for human doctors in initial studies. Going forward it has been held back by the difficulty of feeding it quickly enough all the new and relevant data from doctors and scientists; it is only as good as its human creators.  The future at this point therefore seems likely to consist of people working alongside technology and picking up where automation leaves off.

So where does that leave musicians?

ently a drummer colleague told me he felt pressure to accept every recording session that came his way because there is now a real risk the producer might use a computer instead. Pre-sampled sounds on music generating  programmes are so life-like  that it can be very difficult to tell whether you are listening to a live orchestra or a computer generated one. Music producers also regularly sample other recordings and manipulate them to fit their needs. So who needs live instrumentalists? You could argue that all a human musician brings to this mix is the propensity to make mistakes and waste valuable studio time.

Luckily though, in our human frailty lies our strength.  Film composer, Jody Jenkins, explains that  whilst he might use computer generated sounds for the orchestral backing tracks he creates for TV and film, if there is to be a featured solo line it simply has to be played by a musician to be convincing. In the case of live performance the fact of being human still trumps everything. Yes, a computer could be programmed to play a piece of Mozart and could even be programmed to play it slightly differently every time according to the subtle and complex rules of interpretation governing a musician’s brain. But it just isn’t the real thing. It cannot pass for an inspired performer playing in the heat of the moment.

What’s not in doubt is that new technology has a habit of forcing us to adapt and rethink our roles. The internet has 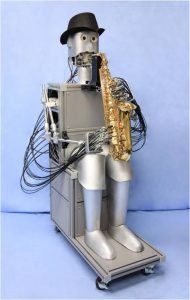 decimated the market in recorded music sales but musicians are not out of work as a result because recordings have become the new calling cards; whereas previously musicians toured in order to sell recordings , now the recordings act as publicity for live concerts.

And a concert is an intrinsically human experience involving a wonderful and mysterious  interaction between performers and their audience. Concert goers not only listen to the musicians on stage, but also read their body language and identify with them in a way that simply would not be possible with even the most artfully programmed robot performers.  In fact the term “robotic “ is an insult to a musician implying a technically perfect craftsman devoid of emotion and drama. There should be a sense of danger when an instrumentalist performs a difficult riff. A computer programme might be able to rattle off something spectacular but there is no seat-of -the-pants risk involved, so what would be the point? Neither will a computer ever genuinely feel and therefore communicate grief, sadness, joy and all the shades of emotion engendered by life events.

What about writing music though? Computers can write whole operas now and generate pretty decent fugues in the style of Bach, so are composers for the chop? No. Because so far artificial intelligence can only make convincing sound bites of music. Challenged  to anything extended and AI fails to convince, descending into merely generic sub-Sondheim soup. Without the unpredictable off –the- cuff musical moments, which only a musical genius will come up with, a composition fails to engage its listeners. 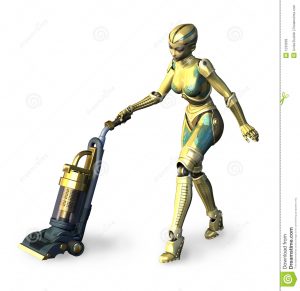 Ultimately culture is about human expression, abut us working out what it means to be here. Technology can help us with the act of musical creation but to satisfy a human ear, music has to have the human touch.

So here’s to a future in which, assuming we can manage the discrepancies of wealth brought about by some jobs being wiped out altogether, there will be more people playing music for fun during their increasing leisure hours, while the robots make us drinks and get on with the vacuuming.