This may seem a disparate list of objects, but all of the above have an important thing in common: the Bernoulli principle.

If you have ever been in the shower and had the shower curtain wrap itself around you and stick to your body, you will have felt Bernoulli’s principle in action. Much thought and scientific research has gone into determining why this happens and the best explanation involves Bernoulli’ s laws. According to his principle,  the fast running water from the shower head causes the air in the shower to move faster and results in a loss of pressure. Higher pressure in the less agitated air outside the shower forces the curtain to move into the area of lower pressure where it then sticks to the first object it encounters- namely your body. How to counteract this? Use a shower screen? 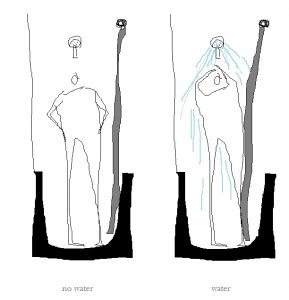 Bernoulli’s laws are also a good way of describing what happens when an airplane is in flight: the wing is shaped in such a way that the air traveling over the top of the wing moves more quickly than air below resulting in lower air pressure above the wing than below it and so helping the aircraft to remain in the air. 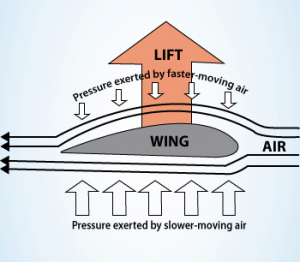 As far as the clarinet is concerned, fast moving air from the player is directed into the mouthpiece cavity above the reed resulting in a loss of pressure and forcing the reed to close the aperture. The reed (if it is a good, springy reed) then springs open and is again forced closed and so on and so on, resulting in the oscillations that comprise the sound waves inside clarinet and player. 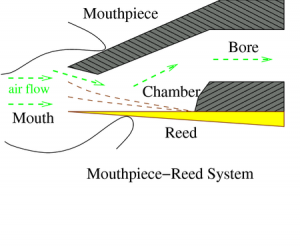 I hope you find this article interesting (and not just a load of Bernoulli!)